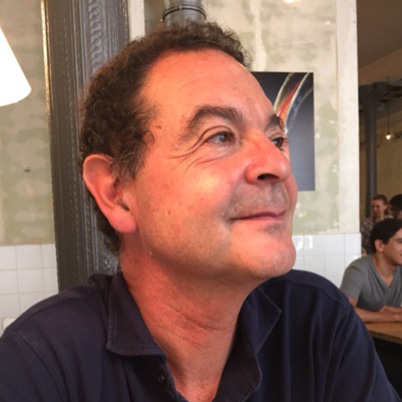 He has a PhD in economics from University Paris 1 and has spent most of his academic career in health economics developing research about AIDS and other infectious diseases in both developed and developing countries, equity in health care and evaluation of medical innovations.

His national responsibilities have included being a member of the Scientific Advisory Board of INSERM (the French NIH) (1995-1998 & 2008-2011) and the Director of the Public Health National Institute (ISP) for the French Alliance for Health and Life Sciences (AVIESAN) (2011-2014).

At international level, he has been a Senior Advisor for Economic & Social Affairs, Office of the Executive Director, Global Fund Against AIDS, Tuberculosis & Malaria, Geneva (2008- 2010) and a member of the Advisory Committee for Health Research (ACHR) of the World Health Organization (2007-2010).

Between 2015 and 2020 he has been the Executive Director of the French National Research Institute for Sustainable Development (IRD) in charge of scientific collaboration with developing countries and was Member of the Independent Group of Scientists (IGS) mandated by the United Nations Secretary General for the Global Sustainable Development Report (GSDR 2019). His recent work has been an attempt to better integrate global health research in the broader framework of sustainability science and Sustainable Development Goals.


Find out more about the
OSH Forum Initiative


Check out the
OSH Forum agenda

The mission
One Sustainable Health FORUM

The One Sustainable Health FORUM
approach